General aches and pains are part and parcel of life but they come and go. It would be unrealistic to expect to be able to avoid them if we are honest given the many different ways that they can come about.

From getting so busy at work that getting sufficient rest is an issue to stumbling whilst running for the bus. These tend to come and go. Work calms down, you get more rest and don’t notice the minor niggles anymore.

When they do persist what can be done about it? 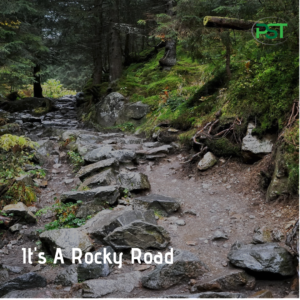 Get A Better Understanding Of Your Problem, Enquire About One Of Our FREE Discovery Visits

To Google Or Not To Google

Google is often the first port of call.

Whilst we have all the access to all the information we need at the press of a button finding the right information is a bit trickier. This is a reason why Google isn’t the best place to go when looking to resolve these types of issues. The information isn’t specific enough.

Yes, we can find exercises for rehabbing ankles, knees, hips, and backs but knowing which ones truly are appropriate is as easy.

Using Google often leads to the cycle of apparent recovery, return to activity then almost as quickly a return of the issue.

Why does this happen?

It can be a number of reasons but here are a few;

Our step by step process helps smooth this out.

By finding out about what you’ve been doing not just recently but over a much longer period of time we get a look at your injury history. What has been done about these injuries and if they were dealt with fully or not? The assessment can then be lead by some of this information and often takes us in a direction you wouldn’t have gone from simply Googling your symptoms.

If we take knee pain as an example it is often the case that all your work would focus on exercises to help the knee. Make the quads or hamstrings stronger etc. This misses out the role of the hip and ankle play in knee problems. It also doesn’t take into account the way it happened and rarely looks at things outside of linear movement.

In a recent case regarding an achilles issue, the source lay in the person having poor control of lateral and rotational movement. This meant that any change in direction resulted in the achilles having to absorb a lot more force than you’d expect to have to. This nugget of info came up in the initial conversation when we were digging into the injury history.  The lady told me a hip problem that developed playing badminton 20 years previously which had never been dealt with.

From discovering this we were able to make sure that dealing with this was incorporated into the program rather than simply doing the usual linear achilles rehab.

Lacking A Clear Picture Of What Is Going On & What You Need To Do? Enquire About One Of Our FREE Discovery Visits And Get A Clearer Picture