“I want you to run naked”

I was talking to a fellow coach recently, when he brought it up that he did quite a bit of naked running.

Safe to say, I was skeptical.

I mean, I couldn’t picture him getting more than a few hundred yards down the road before getting lifted by the Police.

He looked at me like I was mental and replied, “No, what would be the point? You know there’s loads of great trails here. I lock the front door and stick the key under a brick as normal and head off”

Now before you think he’d lost his mind. And, maybe wondering how he’d avoided going to jail, he wasn’t talking about not wearing any clothes.

What my pal meant by ‘naked running’ was leaving your GPS watch at home when you head out for your run.

And I’ve got to say…

Perhaps more so than running with no clothes on. (Though I haven’t tried that.)

We are so conditioned to track everything, it can take the joy away from running.

When I did cross country back in PE classes at school, you just ran. No watches, no heart rate monitors.

Just kit on, and around the route the teacher told you to do.

Since 1999, and the launch of the Casio ProTrek, we’ve become tied to the idea of knowing every little stat about our running.

Obviously, this does have some amazing benefits.

But at the same time, you become reliant on it.

Losing touch with being able to run purely by feel.

Something that is vital if you’re chasing after a PB.

And running by how you feel is what naked running is about.

Once you ditch the watch it’s so much easier to listen to what your body is telling you.

If you’ve had a busy week, hitting a certain pace might be pretty hard.

With no watch telling you you’re going too slow, you’re forced to run by feel.

You have to listen to your breathing, and whether or not you’re straining when you should be going easy.

The big benefit from naked running comes when you put your watch back on.

Because that’s when you can listen to your body and the signals it’s sending you… without checking your watch every 30 seconds.

You won’t need to.

You’ll know if you’re on pace by how you feel.

And you can review things when you finish.

Because, like I said, the tech isn’t evil, you just need to stop relying on it.

So my challenge to you is to leave your watch at home once a week.

Learn to listen to what your body is telling you and reap the benefits.

Are frustrated by knee pain when you are running? One thing you may not have thought of as important is the strength of your calf muscles.

The muscles in the lower leg absorb a lot of force when you are running. END_OF_DOCUMENT_TOKEN_TO_BE_REPLACED

Talk of hill sprints can bring a bring a wave of nausea over even experienced runners.  This is even worse for the novice runner but used appropriately they are a fantastic tool. Hill sprints can help develop your running technique as well as the obvious conditioning benefits. So how do you add them to your repertoire to get the most out of them? 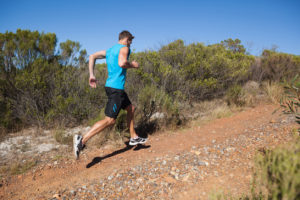 END_OF_DOCUMENT_TOKEN_TO_BE_REPLACED

Illiotibial band syndrome often seems like a plague for runners. Everyone knows someone who has it or has had it themselves but it is much misunderstood as to what and where it is.

The illiotibial band is a thick, fibrous length of connective tissue that runs from the illiac crest to the lateral condyle of the tibia. It crosses both the hip and the knee joints and plays a role in the stabilisation of both of them.  As well as aiding the stabilisation of the knee and hip it is involved in the abduction and extension of the the hip through the attachment of Glute Max and Tensor Fascia Lata. 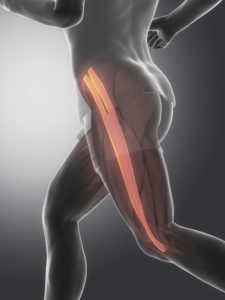 END_OF_DOCUMENT_TOKEN_TO_BE_REPLACED

What are the 5 most common running injuries? Running is such an easy form of exercise to get into and a fundamental requirement for a huge range of sports that it is no surprise that a huge number of people run as part of their fitness regime. Running injuries are very common with a figure of around 70% of those who run getting an injury of some sort every year. This isn’t because running is particularly risky rather it’s more that it’s very easy just to stick your trainers on and get cracking.

As a result of the very easy access to using running as a means of getting fit etc people tend to do it without much thought as to what they are doing. When I say this I am talking about how much they are doing in terms of either volume, intensity of effort and also in terms of the skill of running.

Whilst I would agree that we are all born to run not all of us are going to run well straight away and we tend to forget it is actually quite a demanding activity. Training load, the volume and intensity bit above, is generally the biggest factor in the causes of injury whilst the actual skill sits about 3rd but its importance increases as you get better at it and look to make more demands of yourself, the better your form the more likely you are to distribute the stress over the correct areas.

So what are the most common running injuries?

END_OF_DOCUMENT_TOKEN_TO_BE_REPLACED

You are injured or have been injured but feel like you want to run anyway. Anyone who is active will have come across this situation regardless of what their chosen pastime or exercise is but for today we’ll use running as an example. 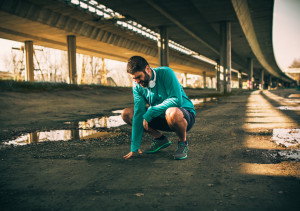 END_OF_DOCUMENT_TOKEN_TO_BE_REPLACED

Any sport that has you running or jumping, or if you include these in your prep for them, has the potential for achilles tendon problems. It is not uncommon for people to think that they have an issue with an achilles tendon and for it to be a different tissue in the area. The pain actually being in the  toe flexors or posterior tibialis both of which sit in front of the achilles but these can be easily ruled out during the initial examination . Once it is established that it is an achllies problem we can begin work on addressing it. We now use the term tendinopathy instead of tendonitis as recent research has shown that there are rarely any inflammatory changes in the tendon. END_OF_DOCUMENT_TOKEN_TO_BE_REPLACED

I’ve mentioned in the blog before the idea of different foot strikes when you are running be they forefoot, midfoot or rear foot. A rear foot or heel strike tends to get a bad press, especially when the idea of running barefoot was at it’s peak yet there is nothing wrong with running with a heel strike vs mid or forefoot and most of us will tend towards a heal strike until we are running at a sufficiently high pace. You will also tend to see even faster runners or those who tend towards a mid/forefoot strike moving towards a heel strike as they tire, most noticeable during longer races such as marathons or the running portion of an IronMan. END_OF_DOCUMENT_TOKEN_TO_BE_REPLACED

There is and has been for sometime a big discussion on which part of the foot you should strike the ground with first when we are running. The rearfoot strike has been said to be the worst way possible to run and you should strike first with the fore to midfoot in order to reduce injuries, increase running economy and perhaps even bring about world peace.

This article by Tom Goom at Running Physio looks at whether or not you should switch to a more forefoot running pattern or not.

I was on the Dynamic movement skills course in November and have been integrating it into the treatment of one or two clients over the last month with great success. We are getting very noticeable differences in as little as a couple of sessions so I’m really looking forward to rolling this out as a stand alone system in the January.

The course works on developing and refining neuromuscular efficiency and motor patterns. This helps improve gross motor skills, balance, rhythm, coordination, speed and agility. These ultimately help to increase movement competence and confidence during daily activities and sport. In re-educating the neuromuscular system we are able to react more quickly and dynamically and through working in all planes of motion develop more rounded movement skills. The system also aids in correcting single leg dominance and through the progressive nature of it develop dynamic balance and core engagment which in turns allows for the development of better turning ability in sport. 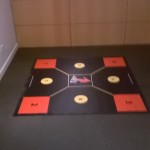