Back pain is often spoken about in structural and biomechanical manner where you can get the impression that you may have to give up doing what you love to do be it golf, crossfit, rugby or gardening because you have issue X. The big issue with this is that it on the one hand over simplifies the problem and catastrophises it all in one go so that you are left thinking that your wonky leg is the cause of all your pain and trying to run on it is a recipe for disaster.

Structural problems in the spine are very hard to diagnose and individually the tests are  poor, though you are more likely to get better results if using a number of tests though the accuracy is still relatively poor. This means that we have an issue that diagnosing a facet joint sprain, subluxation, SI joint up shift etc is very difficult, which are thought of as common, pain producing problems short of looking at the spine on an x-ray or MRI. To compound this even if you actually have a structural issue, as identified in a scan or x-ray, in all probability it has nothing to do with your pain.

If we take a look at an example of a real, quite severe, structural issue. I was on a course recently where we were given an example of an American Football player who had taken a hard tackle and had to leave the game. On examination with an MRI it was found that he had a spondylolythesis, a dislocation of the vertebra. In comparison to joint sprains, joint subluxations etc this is quite severe and is the equivalent of a dislocated ankle verse a sprained ankle. It was initially thought to be the cause of the back pain until they examined the scan more closely and saw evidence that it had been present for years not hours/days. Quite how it had happened was anyones guess but it was highly unlikely to have anything to do with the pain he was suffering. 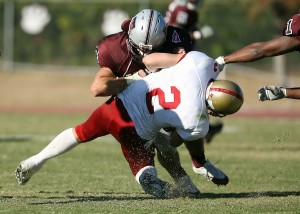 In another example this study on elite tennis players  who were in no pain at all showed up these results.

15% of them had a “clear bill of health” with no abnormalities.

30% had pars lesions, a stress fracture on part of the vertebra.

70% showed signs of early facet arthropathy, osteoarthritis in the joint of the vertebrae.

The authors of the study had this to say in their conclusion; 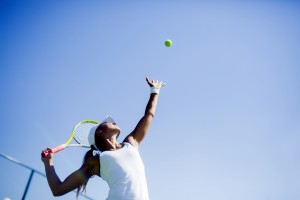 If we now look at other types of structural issues that are often thought to be related to back pain we can see that there is a lot of nonsense talked here as well.  This paper  looked at the idea of how structural issues might relate to back pain and found that they didn’t. So leg length differences, pelvic alignment and lumbar lordosis, all commonly thought to be causes of back pain,  didn’t have a role to play in back pain at all, that there were as many peole with a sore back who didn’t have any of these issues as actually had them. This one looking specifically at spinal curvature found the same as the first paper, that there was no relationship between lumbar lordosis and back pain. With regards to the idea that lumbar lordosis causes pain women are a great example of how looking at structural issues alone doesn’t really help find the cause of your pain. Women have naturally stronger posterior lumbar joints as an adaptation to the demands of pregnancy and how this increases the lordosis of the lumbar spine quite significantly, and with a much greater load than under normal circumstances as well, yet still get back pain.

Then we have the idea of “trapped” nerves Nerves can be compressed, trapped or irritated in a number of ways at the point where it leaves the spine but there is quite a bit of space around the nerve at this point so the chances of it getting pinched here are low. If it does happen the most common of way is where a disc herniates and pushes against the nerve. Whilst this is the most common way for the nerve to become “trapped” it is still only likely to affect 1 in 10 of those suffering from back pain. 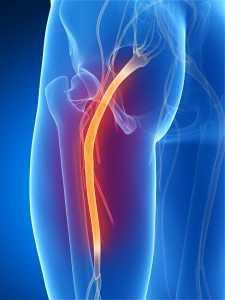 A more likely scenario will be where the nerve passes through a damaged or otherwise poorly functioning muscle. Nerves require a good, well oxygenated,  blood supply so good, healthy,  functioning muscles help this and healthy nerves can be “happily” compressed  with no pain in this situation. If we look at the sciatic nerve at worst your leg “goes to sleep” when it gets compressed for long periods by your bodyweight yet you get no pain. Then if we look at  nerves that are starved of oxygen, as when passing through unhealthy or damaged muscle tissue, there will be a reduced blood supply and a reduced supply of oxygen as a result so in this case the nerve can get cranky and sensitive. When this happens they aren’t going to react well to irritation and compression and will likely cause sciatica like symptoms.
So what does this all mean for your back pain?  To begin with that is is unlikely to be caused by a structural issue as described above. You aren’t likely to need surgery to solve it and you don’t need to give up playing tennis/golf/football/rugby or whatever it is you love to do. Some of it may be caused by inactivity given how sedentary many jobs are and allowing yourself to get up and move a bit more at work and get out for a walk at lunch can help a great deal, especially when we consider how important a good blood supply is to healthy nerve function, possibly another reason to get an activity tracker and set up a group at work and make it a bit of fun even if you are active outside of work.

Get a FREE copy of our Back Pain report HERE