Correctly setting and bracing the abdominals during a barbell squat can make a significant difference to the feel of the movement though increasing torso stability. Properly engaging the abdominals will also improve hip range of movement which will make the bottom position feel easier to move into whilst maintaining an upright torso and aid in the reduction of unwanted spinal movement.

We should all be able to separate to a reasonable degree the movement of most joints of the body that is the movement of the wrist and elbow, the neck should be separate from shoulder girdle, lumbar spine from hip etc. Often annoying aches and pains and general poor movement can come from an inability to do this. Not always but often enough to warrant checking things out as over time it begins to limit our movement options.

END_OF_DOCUMENT_TOKEN_TO_BE_REPLACED 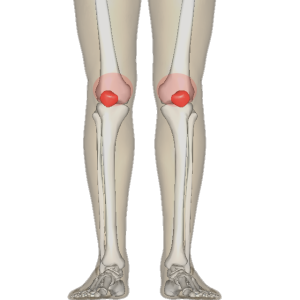 END_OF_DOCUMENT_TOKEN_TO_BE_REPLACED

This paper on the BJSM, Hamstring injuries: prevention and treatment—an update, is a must read for anyone who deals with athletes or are susceptible to hamstring tears

“Despite increased knowledge of hamstring muscle injuries, the incidence has not diminished. We now know that not all hamstring injuries are the same and that certain types of injuries require prolonged rehabilitation and return to play. The slow stretch type of injury and injuries involving the central tendon both require longer times to return to play. A number of factors have been proposed as being indicators of time taken to return to play, but the evidence for these is conflicting. Recurrence rates remain high and it is now thought that strength deficits may be an important factor. Strengthening exercise should be performed with the hamstrings in a lengthened position. There is conflicting evidence regarding the efficacy of platelet-rich plasma injection in the treatment of hamstring injuries so at this stage we cannot advise their use. Various tests have been proposed as predictors of hamstring injury and the use of the Nordboard is an interesting addition to the testing process. Prevention of these injuries is the ultimate aim and there is increasing evidence that Nordic hamstring exercises are effective in reducing the incidence.  “

What is it you are trying to achieve with your warm up routine? The answer is the obvious prepare yourself for the workout you have planned. That said why is that very often people either don’t do much if any warm up or if they do it is 5 minutes on the treadmill/bike/cross trainer which whist not worthless doesn’t really do much beyond the “warm you up” part of the what your warm up should be. END_OF_DOCUMENT_TOKEN_TO_BE_REPLACED

Any sport that has you running or jumping, or if you include these in your prep for them, has the potential for achilles tendon problems. It is not uncommon for people to think that they have an issue with an achilles tendon and for it to be a different tissue in the area. The pain actually being in the  toe flexors or posterior tibialis both of which sit in front of the achilles but these can be easily ruled out during the initial examination . Once it is established that it is an achllies problem we can begin work on addressing it. We now use the term tendinopathy instead of tendonitis as recent research has shown that there are rarely any inflammatory changes in the tendon. END_OF_DOCUMENT_TOKEN_TO_BE_REPLACED

We’ve all seen athletes be they on the running track or a football pitch with various pieces of brightly coloured tape on their bodies. The tape is likely to be kinesiology tape and whilst it really first came on the scene at the 1988 Seoul Olympics, though it has been around since the 1970’s, and it really gained a lot of exposure at the 2008 Beijing games. I must admit I came a bit late to the use of Kinesiology tape though I had read quite a few articles around it’s use and the perceived benefits within a treatment protocol. I have to say I was a bit skeptical about it but it was definitely on my to do list with regards to finding out more about it. Earlier this year I went on one of Rocktape’s courses after reading a lot of good things about their courses in comparison to others with regards to the content and their approach and I have to say I wasn’t disappointed as the course was indeed very good covering a lot of the research on the tape, it’s effects and why it may work. This was great as they discounted many of the more outlandish claims and reasons why it may work. Rocktape aren’t afraid to acknowledge the limitations of what taping can do, Andy Caldwell, the instructor on the course was very clear about it being a tool that can aid the recovery process and that it’s use did not negate the use of standard rehab protocols, nor do they try to hide studies and we were presented with both positive and negative results from various studies and highlighted the limitations of many of the studies whether they were negative or positive in the results.

Since I’ve been using the tape in the clinic I’ve seen some very useful results in the form of symptom/pain reduction. With myself as an example, I have been suffering from quadriceps tendinopathy in my left leg for some time and I tried the tape out on it. The pain was affecting me when I was running and squatting and whilst it didn’t prevent me from doing either  it was very annoying. With squatting it would take a good few sets before it felt the pain disappear and the movement feel smooth whilst with running it was just general niggle during and after the run. After the tape was applied I noticed an improvement in movement and the level of discomfort the following workout was reduced and similarly when I was running. I still had to rehab the area but the reduction in pain definitely was a bonus during the first 2-3 weeks as the rehab got a chance to have an affect.

With two different clients I have seen useful results. In one case they were experiencing pain in the plantar fascia and up into the achilles insertion and whilst the taping didn’t seem to reduce the symptoms at rest they were able to run without pain after we applied a spiral line of tape from the foot to the hip. In another client they were experiencing a redction in lateral flexion and rotation to the right through the torso and after the application of tape along the lateral line on the right we saw an improvement in both movements.

This is a really interesting podcast from The Well Rounded Athlete. It is a discussion with Dr Jim Afremow and whilst it is looking at things from the point of view of athletic performance you could apply the principles to all walks of life. Dr. Afremow is a leading mental performance consultant, and the author of The Champion’s Mind: How Great Athletes Think, Train, and Thrive END_OF_DOCUMENT_TOKEN_TO_BE_REPLACED

We’ve talked about this topic before in this post but this article from Running Reform is worth checking out. Looking at what you are really trying to achieve in your training and why avoiding the middle ground paces in training is much more likely to help rather than hinder your performance.