There’s often a lot of fuss made about biomechanics and injury prevention and how they relate to one another. In the clinic this tends to appear in the misconception that the better my running technique is, or other appropriate activity,  the less likely I am to get injured. Yet whilst this is true to some extent there’s less of a direct relationship than you might think between biomechanics and  injury. If we are looking at how likely we are to get injured how well the movement is performed is less important than how much load is placed on the tissues involved when performing it. So how much you do has a much bigger impact on whether an injury might occur or not rather than the actual way you’re doing it.

Training load is a much more important factor in how likely to impact on whether you are setting yourself up for injury or not because our tissues are very adaptable. When you train appropriately, which is to say pushing the envelope enough to require adaptation but not so much that recovery can’t occur we can avoid a lot of injuries, particularly those that are occurring simply because we’ve exceeded our ability to adapt to the training load. So many people browse the internet for training advice and find information that is designed for elite athletes but forget that they’ve got a 40-hour a week job, two small children, a mortgage to pay, etc. Training six and more times a week is fine when it is your job and while you have the family, mortgage etc there isn’t the added stress of another full time job to deal with. The impact this has on your recovery is enormous. 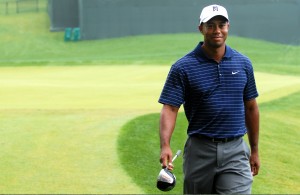 The professional sports person has a work day that revolves around training and recovering, nothing else training when they go to work, they are often resting when they’re at work, and then they’re training again. Recreational athletes are going to work, and then trying to fit training sessions and recovery on top of that. Our bodies don’t really care where the stress comes from be it general stress from our daily lives or from physical activity it all adds up and eats into our ability to recover.

Having said all this having good biomechanics does matter if we are looking to progress. If you are challenging yourself then you can run into a situation where your ability to carry out work without risking injury can be hampered by how well you move. Why does it matter now? Because you are pushing your recovery envelope and challenging yourself with a higher work load. If we look at someone who is starting exercising for the first time their ability to challenge themselves is quite limited and the demands that they can place on themselves are well within their ability to tolerate so it doesn’t really matter how well things are performed. This is because 1. Your body is very resilient and 2. The loads are low even if they don’t feel like it.  A good program will see you progress at a reasonable pace such that your strength and endurance improve along with how well you perform biomechanically. Eventually though there comes a point when things really need to be performed well most of the time or we place greater demands on ourselves than we can deal with.

There is no denying that we want to move well. If we look at a relatively simple exercise like the deadlift, everybody’s seen people deadlifting horribly in the gym yet not getting hurt. This is because when you look at what they’re doing they’re generally not lifting that heavy, though not always,  so the load isn’t that high and as such they can get away with it.  As the training load increases there is a requirement for the form to improve or the deadlift will become for them the exercise that does hurt your back. With better technique the stress is distributed more evenly across the appropriate structures, and allows for more efficient movement. This means that we get less movement through the spine, are better able to keep ourselves in the neutral zone and can generate more force from our hips. 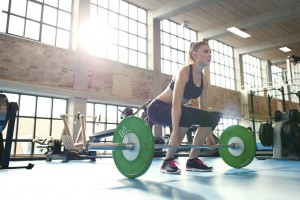 When talking about maintaining a neutral I don’t mean that there is a need to hold the spine in a completely neutral position rather that there is safe range that we can be in. Outside of this we are most likely to see people flexing a lot through the spine either from the start or as soon as the lift begins. This can be down to the ability to get into the correct starting position or not having the correct coaching in the performance of the exercise or both. If we correct either of these by perhaps raising the height of the bar in the first instance or giving the correct coaching cues in the second the problem disappears and the movement can be performed well.

So the take home is biomechanics do matter when they matter as in when the training load is high but they generally don’t have to be perfect. We’ve all seen people doing things that we think are kind of crazy, yet they don’t get hurt, or at least they don’t get hurt that often. The flip side of that is you do want to perform your activity well. In the long run it’s the healthier option. It’s the one that will give you training longevity. It will help you avoid injuries and will allow you to progress better as you can more easily increase your training load..